Just about an hour before my mum died, she stretched her arm up from the bed and gently touched my face.

There was a fleeting look of recognition. She wanted to reach out and touch me. She knew who I was.

I’ll never forget that moment. It was the sun shining fleetingly through a crack in a cloud, only to be swamped by greynesss just seconds later.

Mum – Sally – had been suffering from vascular dementia for some time. When she lost her battle nine years ago this month she was fighting cancer too; but for many months she had lived in a cocoon, trapped by her own perceptions of who people were, where she was, and how she could get by each day.

For me, the rest of my family and particularly my dad, we were mourning mum even though she was still around.

She thought my dad was her dad – simply because most of the people around her called him that.

I once walked up the hall of the care home she was staying and I could hear a woman crying out a name. I was taken aback when I got to mum’s room and I realised it was her. She was shouting out for her sister who had been dead many years. She didn’t even know I was in the room. Or rather, she knew someone was there, but not me.

My mum was a sensitive soul; she had once trained as a nurse; she did voluntary work for the Red Cross. In her early 40s she began a new career and when she retired she was a senior manager in the business.

But the first signs of dementia were imperceptible … I know them now, retrospectively. She couldn’t remember how to make a cup of tea. And once she said she’d make  some scrambled egg and I found her in the kitchen furiously whipping an egg to within an inch of it’s life in a cold bowl, dumbfounded as to why it wasn’t scrambling.

So we watched as the “mumness” of mum left her, slowly ebbed away. We could see it but mum was oblivious. Her reality was her own normality; ours was the living grief of seeing her disappear.

I had to train myself how to behave when I was with her. At first it was devastating to hear her say some of the things she did, which were often contradictory, disjointed and often repetitive.

But once I learnt to live within her reality when I was with her, and not impose my own, then acceptance of the situation became a little easier for me.

I have no idea where mum suddenly found that gap in her own dementia cloud, that shaft of recognition in her last moments.

All I know is I’m grateful for it.

I wrote the above piece as a personal aspect to go with a newspaper story about Hoylake Cottage, a Wirral centre which offers both residential and day care for people suffering from dementia.

It was only as I was driving back to the office that I realised it was nine years to the day that my mum had died in a care home in Burnley (November 4 2001). That’s when she had touched my face; the  day I held her hand as she breathed her final moments.

At Hoylake we’d talked about how difficult it was for people who hadn’t had dementia touch their lives, to understand what it meant. For our family, it was a mourning process for mum, visits punctuated by sighs, starting and ending with anxious, deep, deep breaths. Perhaps mum had wanted me to go to Hoylake on that particular day; to then be touched and try and help, in my own little way, to express the pain to others. 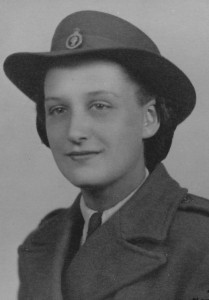 Dementia may not be a heartstring-tugging subject, but it sure as hell is a heartrending one when you’re involved in it.

Today I spoke to my sister and she shared her own memories of that terrible not-knowing, the all-encompassing unknown, the shifting sands of sense which had afflicted such a lovely lady, our mum.

These are my sister Sue’s memories …

There were the days when she couldn’t decide which Sue I was, but the most devastating day for me was when dad nearly died in hospital and she said you {me}would be upset because he was your dad. When I said he was mine too she  said ‘Oh I didn’t know that’.
There was some humour …
The day she stood in our kitchen and turned round and round and said: I want the toilet and I know it is here somewhere.
And little incidents that made me smile …
The lost mince pies that I found three years later in the top cupboard of the wardrobe
The lost knickers that I found with the dusters
The yoghurt sandwich, put away with the cups
The day we went out together and she put elastic bands round her shoes to hold them on becaue they were loose, and she said she always did that
But there was  terrible sadness like when I took her out for new clothes and she was wearing dad’s vest and underpants. A woman who always loved nice underwear.

But mum always was happy, never really aggressive, and alway loved to have a laugh even at her own mistakes (like the toilet incident and the knickers incident).

The week before she died, I went to see her and she was perfectly mum. We had a long conversation about all sorts and she told me that people thought she was losing her mind, but she wouldn’t accept it. (I’ve forgotten her exact words but she implied she was fooling everybody).

That day I told my neighbours who worked for the hospice that mum seemed alot better and said how she behaved. They took one look at each other and said: Sue, I don’t think it will be long.

We started to miss you when you were still with us. God bless.

One thought on “For mum. The memories remain, despite dementia tangling yours”